Property of Chr. And A. Papadaki, Kissamos. Stavroula Markoulaki (ΚΕ’ ΕΠΚΑ) reports that the plot is located at a central spot of the old urban plan of the town, near Heroon Politechniou and Vardantoni Street (Fig. 1). Part of the property was built on, and another building was erected during the excavation. The rest of the plot seems to not have been used for construction during the later centuries but it was rather used as cultivable land (recently vineyard). The excavation commenced in 2008.

The remains of two houses of Greco-Roman Kissamos, of two main building phases came to light; these were located in parallel spaces and in different levels (Fig. 1).

The older of the two Houses where part of a columned yard, an atrium with a built impluvium, part of rooms with mosaic floors and a potential cistern at the S of the peristyle, dates to the 1st half of the 2nd c AD (Fig. 3). In one of the rooms, a door opening towards the peristyle was preserved. The mosaic is decorated with a black and white shield (known as koukounara in greek), circles and triangles. At the centre of the circle a well-preserved colourful Medusa is depicted. In addition to the aforementioned patterns, sea creatures are surrounded by a meander, a generally rare motif for this period.

The House belongs to the type of the urban villa of Kissamos, similar to the villa of Pheidias, of Orpheus and the one at the Stimadorakis property. It must have been affected by an earthquake, possibly the one that took place in 365 AD, based on the presence of coins of the 4th century, the destruction layer and the detected damage in the rooms (Fig. 4,5).

The new evidence discovered at the excavation proved existing theories; For instance, the columns of the peristyle bore Ionic characteristics and were made of stone, were not fluted and were possibly covered in plaster. The columned yard seem to have been used daily, based on the traces of pyres, animal bones, coins, tools etc. Moreover, the type of the columned yard-garden with the circumferential drainage pipe leading to the central sewer system under a public road (orientation: N-S) (cloaca) is confirmed. The coexistence of the Hellenistic columned yard and of the Latin atrium is also verified. Here, the atrium is not of the same type as the one in the Metropolis of Kissamos, but it potentially follows the cavaedium tetrastylon type with pillars around the impluvium (Fig. 6).

Almost parallel to House 1, but on a higher level, the second larger building was discovered. A room with a mosaic floor was also present in this case. The floor was damaged by roots as well as by a ditch dug by the Germans during the occupation of the island. However, after its cleaning, it became apparent that the mosaic was made of glass tesserae and was decorating a Π-shaped triclinium (Fig. 7,8). The triclinium resembles the larger one that was found at the villa of Pheidias, although the side motifs are different here. It depicts scenes from the identification of Odysseus by Achilles, bears the signature of its creator, while it also depicts various versions of Dionysus and his followers.

West of the triclinium, rooms with high concentrations of pottery were found but their investigation was not completed. The presence of an Early Christian column, and of a Byzantine coin lead to the assumption that a third, later building phase might have taken pace. Towards the N side between the triclinium and House 2, a road has been partially preserved; it might have been used for internal movements, while also separating the two Houses. Alternatively, it might have just been a path, part of the urban plan of the town. During the construction of the later House 2, House 1 must have still been in use.

The attempt to date the Houses was based on a) the mosaics, b) the preliminary examination of the pottery and the observations during the excavation c) the well-preserved coins based on their location in sealed layers when found.

The style of the mosaics in the two Houses are different, with that of House 1 being dated to the 1st half, if not in the beginning, of the 2nd c. AD and that of House 2 to the beginning of the 3rd c AD. Most of the used coins were found in House 1 lead to a time span from Trajan (98-117 AD) to Constantine I (306-337 AD), before the final destruction from the earthquake. The two Houses were potentially built at the same insula with a gap of two-three generations between the, and were divided by a small alley (Fig. 1). It is certain that the buildings belong to the “aristocratic” part of inhabited Kissamos.

It was not feasible for the excavation to continue. The mosaic floors are temporarily backfilled without conservation. 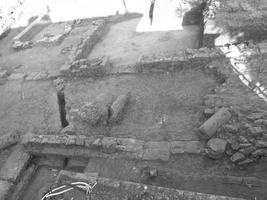 Fig. 3/ House 1. Part of the triclinium with the Medusa mosaic 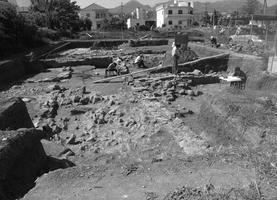 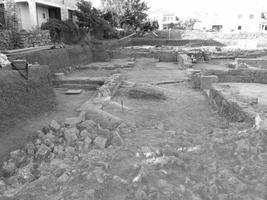 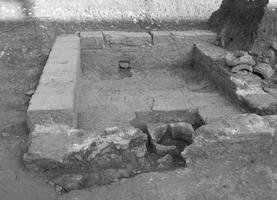 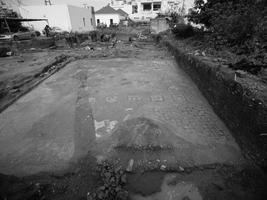 Fig. 7/ House 2. The moisaic floor of the triclinium 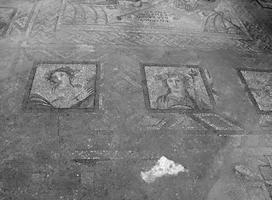