Key-words
Fortifications - Cistern - Residence - Tools/weapons - Architectural revetments - Architectural terracotta - Stone - Hydraulic installation - Production/extraction site - Road system/waterway - Building Type - Find Type - Material Type - Site Type
Type of Operation
Survey
Institution
Ministry of Culture of Tourism, Δ' ΕΠΚΑ
Toponym
Andritsa
Linked Record
2000
Report
Andritsa. O. Psychoyiou (Δ' ΕΠΚΑ) reports on assessments in seven locations west and northwest of Andritsa, in an area between Mounts Tzouma and Karvya extending to Parthenio in the southeast and up to the south bank of the Potamia river or Xombrio. This area is of interest in relation to the course of the ancient cart road linking Argos with Tegea via Hysiai, the so-called ‘Trocho’. Prehistoric to Hellenistic and Byzantine remains were found as follows.

Elliniko. On the north slopes of Mount Karvya, ca. 100m from the border between the Argolid and Arcadia, are remains of a square stone structure (with walls ca. 10m long) and scattered fragments of Corinthian roof tile.
Koukouras. Approximately 500m north-northeast, beneath Elliniko on the same slope, a round stone tower or guard post (ca. 6.5m in diameter) is preserved as up to three courses of roughly-worked stones. Visibility from this site extends as far as Profitis Ilias, Kiveri to the east and Achladokampo to the west.
Palaiochori. On the top of a steep hill (338masl) in the northwest foothills of Mount Karvya are the remains of a round tower of small unworked stones. On the more even southeastern side of the hill are scattered sherds, and pithos and tile fragments. Wheel ruts in the rock and retaining walls indicate a cart road on the west side of the hill, leading from the northern foothills to the summit (Fig. 1).
Goulas/Kastro. A fortified ancient acropolis (with scattered worked blocks, linear stone foundations, Final Neolithic to Hellenistic sherds, obsidian, etc.) occupies a plateau on top of this hill (323masl). In the middle of the east side, where the approach road ends, the pseudoisodomic wall forms a corner. A larger section of the fortification on the south side of the plateau includes a round tower with two rooms to the east and west Fig. 2). The tower is built in polygonal style of limestone blocks roughly worked on the exterior face and is flanked to the west by a long narrow room with a gate in the southeast corner (Fig. 3). The walls of this room are polygonal and pseudoisodomic. South of the tower is a probable courtyard with a cistern and an olive press. A polygonal wall defines the west side of the court (Fig. 4).
Agios Demetrios lies north-northwest of Goulas, close to Andritsa station and the Tripolis-Argos railway line. Over this entire plain are numerous traces of ancient settlement (prehistoric to Hellenistic and Byzantine sherds, tile and pithos fragments, and stone tools). Worked stone blocks were built into the peribolos of the Church of Ag. Demetrios, beside a large mortarium from an olive press.
In the almost flat area extending north of the railway line to the south bank of the Potamia or Xombrio river, surface remains are concentrated in the following two locations.
At Tou Triadou extensive (mainly Byzantine) remains include sherds of domestic pottery, pithoi and roof tiles, stone grinders and a mortarium from an olive press. Other finds are part of a probable stone cistern with a waterproof cement lining and a wall, 15m long and 1m high as preserved.
At Sta Lichadia, ca. 250−300m east of Tou Triadou, two parallel walls of small stones, tile and lime cement were preserved, and traces of limestone foundations appear in several places. In the same field, deep ploughing in 1950 revealed part of a Doric frieze in Doliana marble (a triglyph and part of an undecorated metope roughly worked on the back). The type corresponds to the frieze of the triglyph altar at the Shrine of Artemis Knakeatidos at Tegea (late sixth- to early fifth-century BC).
In addition to these sites, remains of the ancient road (‘Strata’) linking Elaiochori with the valley of the Potamia/Xombrio and Myloi are reported. A further section of the Strata borders the west bank of a small stream east of Mount Karvya and stops at the Potamia/Xombrio river at the bridge over the Myloi-Andritsa road.
Author
Catherine MORGAN
Bibliographic reference(s)
ADelt 55 (2000) Chr,194−96
Date of creation
2010-11-29 00:00:00
Last modification
2018-08-22 09:24:33
Picture(s) 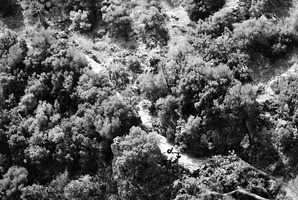 Fig. 1/ Andritsa: path with traces of a vehicular road and a retaining wall (a). 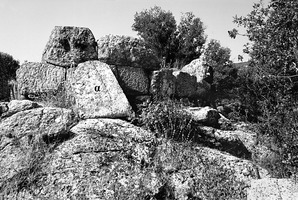 Fig. 2/ Andritsa: south east side of the tower.

Fig. 3/ Andritsa: gate in the south east corner of the room to the west of the tower. 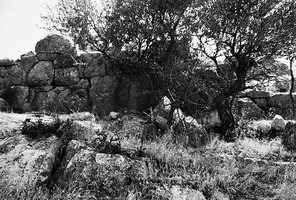 Fig. 4/ Andritsa: west wall of the room south of the tower.