Key-words
Bath - Hearth/Kiln/Oven - Lamp - Numismatics - Glass - Port - Building Type - Find Type - Material Type - Site Type
Type of Operation
Excavation - Rescue excavation
Institution
Ministry of Culture and Tourism, Δ' ΕΠΚΑ
Toponym
Dalamanara
Linked Record
2000
Report
Dalamanara, Agios Panteleimon (ancient Temenion), (D. Diamantakou property). Ch. Piteros (Director, Δ' ΕΠΚΑ) reports on rescue excavation north of the Nauplion-Nea Kios road by the coast at Dalamanara, 85m southwest of the Church of Ag. Panteleimon and immediately east of a plot investigated in 1994 (cf. ADelt 49 [1994] Chr, 150−51).
A Late Roman to Early Byzantine bath complex (Fig. 1), oriented northwest-southeast, extended across almost the entire plot. Part of the main bath was discovered in the west. In the south lay the hypocaust (with terracotta tiles and round support pillars), the caldarium and two small cisterns. Immediately to the north, the tepidarium was divided into two rooms (A2, A3) with walls of stone, brick and lime plaster as used for furnace construction. Vertical airways were built into the walls of A2; the floor is in opus reticulatum. The west space, A3, was later used for a kiln. A terracotta water channel covered with unworked limestone slabs ran along the east side of these rooms.
The larger eastern part of the building contained rooms of varying sizes, with tiled floors laid over a substratum of small stones. The floors in what were probably adjunct areas were of beaten earth with local sea pebbles. One such room (B5), a storage area for household and cooking equipment, contained many typical fourth- to fifth-century AD household vessels (Fig. 2). A shallow round bronze vessel, probably a frying pan heavily burnt from use, was also found in this area (Fig. 3). Outside the east side of the building was an underground channel.
The various rooms and the hypocaust contained roof tiles, bronze coins, glass fragments, Late Roman lamps (third- to fourth-century AD) as well as Early Christian examples of North African type (fourth- to fifth-century AD). In the west part of the building, a hoard of 268 assaria and minimi of the fourth century AD (of the house of Constantine the Great and probably Constantine II) was found in the area of the hypocaust. Cleaning of a small sample revealed the emperor’s head on the obverse and, on the reverse, different devices: a fallen rider in a scene of supplication which also includes a further figure with a spear, trees to left and right; a male figure dragging a smaller figure; and the emperor standing with a spear. A small clay prochous was found in the same area, as well as a fourth- to fifth-century AD lamp. In the southern part of the hypocaust (A1) a stone anchor, weighing ca. 20kg, was built into a wall.
This complex extends beyond the excavation area to the west and south. Its southeast-northwest orientation differs from the east-west alignment of the large building of the same period discovered on the property formerly belonging to V. Tasopoulos on the north side of the road. A road running northeast-southwest on the west side of the bath evidently separated the two buildings, and formed the approach from the northeast and the Church of Ag. Panteleimon.
These buildings form part of ancient Temenion, the harbour of Argos: blocks from the breakwater are visible in the sea to the south. The bath was destroyed in the fifth or more probably the sixth century AD.
Author
Catherine MORGAN
Bibliographic reference(s)
ADelt 55 (2000) Chr, 189−91
Date of creation
2010-11-29 00:00:00
Last modification
2018-08-22 09:24:33
Picture(s) 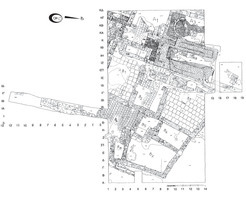 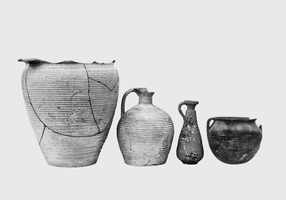 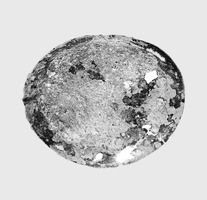