Key-words
Hearth/Kiln/Oven - Figurine - Tomb - Residence - Dress and personal ornament - Plant remains - Domestic space - Production/extraction site
Type of Operation
Excavation - Rescue excavation
Institution
Ministry of Culture and Tourism, Δ' ΕΠΚΑ
Toponym
Argos
Linked Record
2000
Report
Argos. Parodos Gounari 116 (E. Sklere property). A. Banaka-Dimaki (Director, Δ' ΕΠΚΑ) reports the discovery of Hellenistic and Roman building remains closely similar to those previously found on the neighbouring property of D. Sklere (ADelt 50 [1995] Chr, 94−96). Immediately beneath surface levels were pottery and architectural remains from a Roman house. Below this, Hellenistic figurine moulds were used alongside unworked stones, tile and clay in the construction of a small wall. Mould fragments were also found in the east of the plot, below a Roman room. Kilns and evidence for coroplastic workshops have previously been discovered nearby (e.g. on the property of E. and D. Antonopoulos and S. Gkofa: ADelt 49 [1994] Chr, 141).
In the northeastern part of the excavation area, the fill of a pit (1.6m in diameter) contained evidence of burning, stones, tile, domestic pottery of the second to the first half of the first century BC and pieces of a destroyed clay floor. The pit was probably an abortive kiln construction later used as a dump: a smaller construction (0.7m in diameter) slightly to the south was similarly re-used. Fragmentary clay plaques, lumps of clay and stone, and pieces of a lekanis confirm the identification of a workshop in this area. Part of a storage pithos containing carbonized seeds (probably grain) was also found. Close to the eastern boundary of the plot was a deposit of brown earth with fat, charcoal and other traces of burning, and, inter alia, fragments of Argive figurines and moulds, spools, glass paste, burnt clay and pieces of bronze. More general evidence for the use of the area in the Hellenistic period includes some 40 loomweights, mostly of the conical types XIV and XII (250−146 BC) with two examples of type VII (fourth century BC), plus 20 spools, many decorated with an incised circle or stamped rosette.
A Geometric pithos burial, closed with a small stone plaque, was found in the northeastern part of the plot: the only grave offering was a pin. Scattered Geometric sherds were found in deeper levels.
Author
Catherine MORGAN
Bibliographic reference(s)
ADelt 55 (2000) Chr, 163−65
Date of creation
2010-11-27 00:00:00
Last modification
2020-03-30 15:01:13
Picture(s) 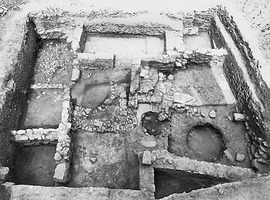 Fig. 2/ Argos, Parodos Gounari 116: view of the excavation from the east.