Work was confined to a single four-week session in June and was limited to one 4 x 7 meter trench excavated by a small team of workers supervised by Manolis Papadakis and the Director. Although the original intention had been to open up more of the area at the north end of the plot of land previously dug in 2018 and 2019 (the Northeast of Theatre plot), the team decided under the constraints of a shortened season to dig a test trench in grid-squares 17A and 17B (Fig. 1) to obtain some insight into the nature of the area closer to the theatre and the road that approaches the theatre from the east.

Three main phases are represented by the finds from the test trench: Late Byzantine, Late Antique, and Middle Roman. Beneath the modern plow zone, part of a north-south road came to light. Two distinct surfaces with lime crusts were identified as well as lower compact layers of road metal. This road is clearly the continuation of a late road previously revealed farther north in 2019. The latest pottery within the excavated road layers (including Byzantine sgraffito, green and brown painted, and measles ware) is 12th century.

To the west of the road, excavation revealed the southeast corner of a rectangular room that is probably contemporary with the road. The south wall of the room, built with a combination of rubble and reused poros blocks, is poorly preserved, while the east wall was almost entirely robbed out. The latest finds in the robbing trench of this wall are datable to the 12th century. Within the room defined by these two walls, no conspicuous floor level was discovered, though a compact earth surface south of the south wall may represent a floor surface contemporary with that wall.

Excavation revealed that the south wall of the Byzantine room was founded on the remains of a very substantial Roman wall (Fig. 2). The lower part of this wall is faced with semi-coursed poros blocks set in mortar, while the upper part is faced with bricks set in mortar. Remains of an iron clamp and holes for other clamps indicate that this wall was originally covered with revetment. At its east end, this wall meets a less well preserved north-south wall of similar construction. A bench (or podium?), about 0.37 high and 0.58 m wide, was revealed along the exposed faces of these two Roman walls. That this bench was originally covered with revetment is indicated by small fragments of thin white marble slabs adhering to the bottom of the front face of the bench. The floor of the room defined by the walls was found to be paved with large white marble floor slabs. The construction date of this well-appointed Roman room has yet to be determined, but finds from the fill over the floor, which included a considerable quantity of building debris, indicates that it was probably destroyed in the 7th century (Fig. 3,4,5). Given the fact that the exposed portion of this Roman room lies less than 30 m southeast of the remains of a large Roman building that has long been identified as a likely bathing complex (the Baths North of the Theatre), it is tempting to conclude that the newly revealed room represents eastern extension of that building. Further excavation and prospection will, however, be needed to confirm if this is in fact the case. 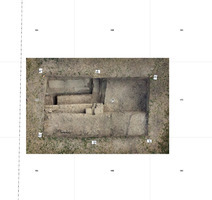 Fig. 3/ African Red Slip bowl with stamped decoration from fill over the floor of the newly discovered Roman room 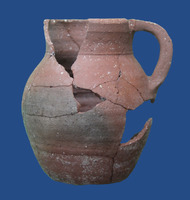 Fig. 4/ Small jug in cooking fabric from fill over the floor of the newly discovered Roman room

Fig. 5/ Glass bottle from fill over the floor of the newly discovered Roman room