Toponym
Koilados Ormos
Linked Record
2012201520192020
Report
Kiladha. J. Beck (ESAG / University of Geneva) and Andreas Sotiriou (Ephorate of Underwater Antiquities) report on the 2020 season of research undertaken around the Bay of Kiladha in the southern Argolid.

Survey was conducted to try and locate submerged gorges, created by the inflow of currents to caves in the area. Unfortunately, poor visibility meant that these features could not be recorded completely, despite using both close measurements and sonar scanning of possible structures.

Work was also conducted in the bay, in the area of Lambayanna, a few hundred metres N of Franchthi Cave. Stone foundations of walls and buildings were first identified in 2016 on the seabed, the remains of a coastal settlement dating to the beginning of the Bronze Age. Now an area of almost 1.2 hectares has been surveyed and, in addition, various measurements from previous seasons were checked in 2020.

Excavations were conducted in the bay, yielding pottery, stone objects and animal bones. Three weeks of the 2020 season were also used for the study of pottery and stone tools collected from 2015 to 2017. New finds indicate that there was habitation in the area much earlier than the Early Bronze Age. The use of limestone in many of the phases earlier than the visible archaeological remains came as a particular surprise. 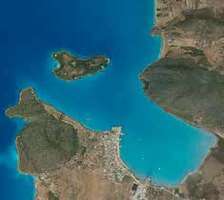 Fig. 2/ Underwater exploration on features of the prehistoric landscape

Fig. 3/ Underwater exploration on features of the prehistoric landscape