Toponym
Chersonissos, Chersonisos
Linked Record
2008
Report
Property of D. and N. Stamataki, Chersonissos. Stella Mandalaki (ΚΓ’ ΕΠΚΑ) reports that the property of D. and N. Stamataki is located at Dimokratias Street at the port of Chersonissos. The E part of the plot was excavated in 1986 after the landowners’ request for construction works. A Roman building (alignment: N-S) extending outside of the plot’s limits as well as a cobbled road were discovered. The antiquities were backfilled, while a new permit for the extension of the excavation at the W part of the plot was approved. The excavation took place in 2006 and 2008 and brought to light the continuation of the building as well as part of the Hellenistic cemetery of the ancient city (Fig. 1,2).

Fifteen trenches (3×2.50 m.) covering the entirety of the unexcavated W area, were opened in total. Twenty eight Hellenistic graves that were part of the cemetery were uncovered (Fig. 3). Each grave contained one individual in extended position, while in a few cases double burials were detected. Most of the burials contained grave offerings (Fig. 4,5), with a jug placed next to the head of the deceased, and the rest of the vessels being laid out in the rest of the grave. In grave 27, the buried individual had a disproportionate skull in comparison to the rest of the skeleton and was not accompanied by offerings, while grave 11 contained the burial of a female with a large amount of grave goods.

During the Early Roman period the cemetery was backfilled and later the Roman settlement complex, of whom a large room with a tile floor (Fig. 6) was almost completely excavated. Two atria and parts of four other rooms were also excavated. At the NE corner of the first room, a small arched structure made of bricks with a perforated marble block in the interior, potentially serving as a statue base,  was found (Fig. 7); this is potentially a small nymphaeum. A destruction layer with tiles and building material deriving from the abandonment of the building, probably after the earthquake of 365 AD, was also excavated in the room. The discovery of a brick wall with opus testaceum at the façade (Fig. 8), that has collapsed above the destruction layer is noteworthy. West of the room with the nymphaeum, an atrium with a pebbled floor defined by three walls (Fig. 9) and a road leading to other rooms towards the N was located. On top of the fill of the rooms, an Early Christian drain was also discovered. Early Roman pottery was collected from the interior of a well (1.10 m.) carved in the datum, at the NW part of the plot, which was potentially related either to the erection of the Roman house or the Hellenistic cemetery. Fig. 1/ Plan of the excavation and trenches

Fig. 2/ Plan of the excavation and trenches

Fig. 3/ Plan of the excavation and trenches Fig. 4/ General view of the excavation 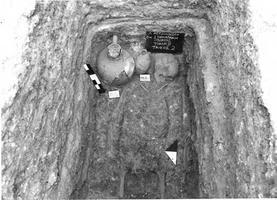 Fig. 10/ Collapsed brick wall above the destruction layer of the room with the nymphaeum 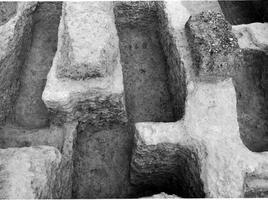 Fig. 11/ Part of floor with pebbles at the Roman atrium, above the backfill of the Hellenistic cemetery