Twenty six more rooms were discovered this year, dating between the early Hellenistic and Roman periods.

In the NE, rooms were found that are currently unique finds for Lefkada, namely a caladium connecting two rooms. Only the hypocaust and praefurnia survive. Several parts of tegulae mammatae were collected from the bath area.
The Hellenistic period features consist mainly of a storage area, filled with amphoras.

The excavation yielded large amounts of pottery, and Roman lamps with relief designs, as well as coins and fishing hooks. 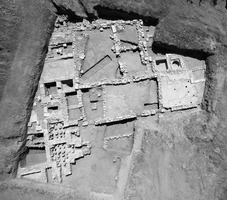