The graves included 11 porolithic sarcophagi, five cist graves, ten tiled roof graves, 22 pits, and one cremation. The floor of several tombs was found covered in a thick layer of clay. In the SE part of the site, six graves were found (three pits, three sarcophagi) were found in a dense arrangement (Fig. 1).

In the N sector, nine limestone stelai and five bases were found. The columns were simple rectangles (Fig. 2). They were ranging in thickness from a few centimetres up to 1.20m. The inscribed sides of the stelai were all facing NE, visible to people approaching along the ancient road. This part of the cem-tery was in constant use from the beginning of the fifth century until the middle of the second century BC. Finds included pottery (kylikes, skyphoi, lekythoi) and 11 bronze and 5 iron strigils. 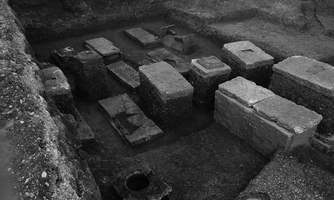 Fig. 1/ Stelai bases across the site 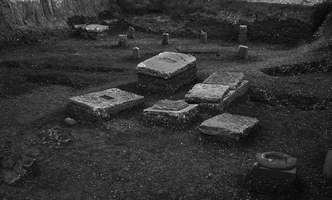 Fig. 2/ Stelai bases across the site