Remains of a Middle Bronze Age structure were investigated, that were followed by an early Hellenis-tic period building (Fig. 1). In the S part of the site, the remains of a circular kiln were found at a shallow depth, comprising a stone wall (maximum length 3.50m x 0.45m x 0.30m) and its clay floor (1.90m x 1.70m x 0.16m).

In the central part of the area, a square building was found (building A, Fig. 2), with dimensions 3.90 x 3.82m. Its walls were found at a height of 0.5m, and the building had an entrance form the S side. Like the kiln, this building dates to the early Hellenistic period. At a lower level to N, an EW wall was found (length 6m x 0.7m) along with prehistoric ceramics, and further to the E a wall of 18m.

To the N of building A, another building complex (building B) was discovered, with dimensions 19 x 13m, consisting of eleven rooms. The maximum surviving height of the walls was 0.6m. The building was constructed in three phases in the Middle Bronze Age, and originally consisted of two rooms, and the earliest remains are found in Room E, consisting of postholes and traces of burnt wood. The build-ing was built on a slope, with E areas having a higher foundation.

The use of the building seems to be linked to production activities, evidenced by two kilns found inside and outside the building. One was in the SE corner of Room 2, 2 x 0.65m. Sections of an older furnace were also found on the floor of this space (FIg. 3). The second kiln was found outside to the S, and was circular with an outer diameter of 2.50m, preserved to a height of 0.63m. Fig. 1/ Aerial photograph of the site 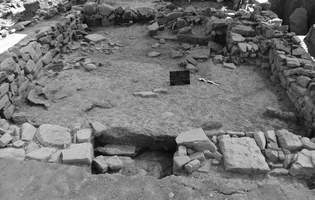 Fig. 2/ View of the inside of building A 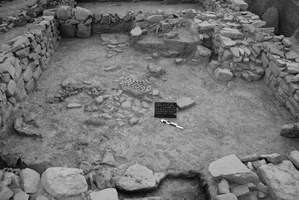