The tomb is small, with a done 2.30m and a height 1.90m. It is built of irregular cut local stones. The tomb must have contained the burials of multiple individuals, as many bones were found inside, including nine skulls. Few finds were found on the floor of the tomb (Fig. 2). Pottery sherds were found in abundance, and small wheelmade alabastra (Fig. 3) stand out as well as larger amphoras. Two steatite seal stones were found, the first with the representation of a four-legged animal with its head turned, and the second a goat turned to the left (Fig. 4). Buttons, rings, and necklace beads were also found (Fig. 5).The tomb is dated LHIIIA-IIIB. 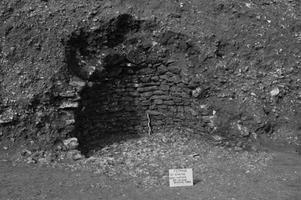 Fig. 2/ Plan and section of the tomb 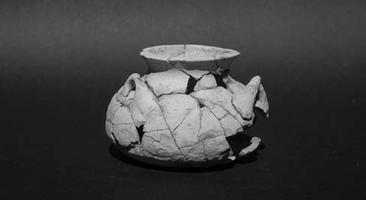 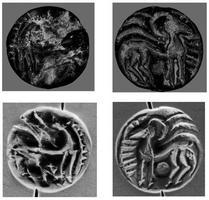 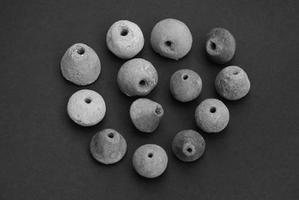