An area of interest was identified following the identification of stones and tiles in high density on the surface at this site. Following cleaning, a trench 2.5 acres was excavated.

A few architectural remains were found, mainly dating to a post-Roman settlement, comprising a few walls (Fig. 1,2). At a deeper level, fragments of a mosaic floor were located, comprising black and white tiles and traces of geometric decoration. They formed a continuous rhombus grid, and in the centre of each rhombus was a cruciform ornament (Fig. 3). Many tesserae were found throughout the site, as well as coarse and fine red, brown and grey ceramics. 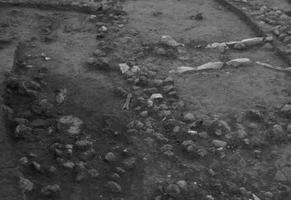 Fig. 2/ View of the excavation 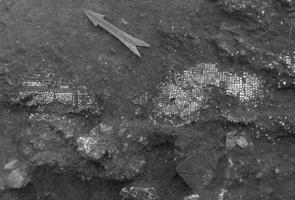 Fig. 3/ Detail of the mosaic floor