In this area the grave of a ‘Mycenaean warrior’ was excavated. A cist grave was excavated, measuring 1.50 x 0.60m, the sides of which were made from limestone slabs (Fig. 1). The base of the grave was lined with similar slabs. The individual was buried with its head towards the E, and the bones were comingled. Grave goods (Fig. 2,3) included a golden cup, a bronze tripod holder, weapons (including two swords, a bimetallic knife, a spearhead, an arrow head) and armour. The weapons were all placed on the deceased’s left side, except from the spearhead which was on the right of the head. On the left of the chest the gold cup was found. Three closed vessels were placed at the base of the burial, and one open one in the upper right corner of the grave.

The pottery was of low quality and makes dating difficult, but it is thought that the burial actually dates to the Early Protogeometric period.

Vessels include a large amphora (Fig. 4) with its belly decorated in a zigzag motif. The shape is similar to an Achaean LHIII shape, and the decorative motif is found on pottery of the Early Iron Age. A skyphoid krater (Fig. 4) was also found, a shape found in Mycenaean Greece and a decorated pattern found in LHIII Achaia and also the Protogeometric. Other pottery included amphoras, and jugs in LHIII and Protogeometric shapes.

The golden cup (Fig. 5) is similar in shape to LHIIIB unpainted ceramic vessels. The tripod (Fig. 6) was ‘type 8’ (Matthaus typology), late Mycenaean, but also similar to Protogeometric forms from the Kerameikos. The bronze sword (Fig. 7,8) was Type F (Sandars typology), lined with ivory. The Bronze sword (Fig. 9) was of the Naue II group, and was unusually long at 0.937m. It contained in its decoration gold wire around the handle. Similar swords are dated to LHIII and sub-Mycenaean periods. The spearhead and arrow (Fig. 7) are Mycenaean, while the armour (Fig. 10) are common in Calabria, Italy or Engomi, Cyprus. The bimetallic knife (Fig. 7) with its iron blade and bronze handle belong to the Italian type Matrei.

10-15m SE of the grave, scattered limestone slabs and a little bit of pottery were discovered. N of the grave, remnants of burnt clay were found, covering a small area (3.80 x 2.90m). 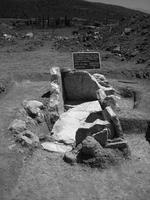 Fig. 1/ The grave of the ‘Mycenaean warrior’ after excavation 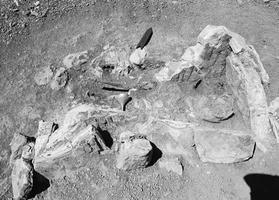 Fig. 2/ The grave of the ‘Mycenaean warrior’ with ceramic and metal finds

Fig. 3/ The grave of the ‘Mycenaean warrior’, plan 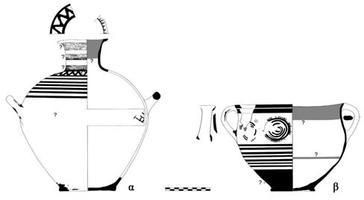 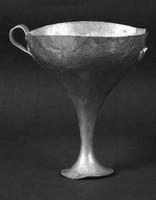 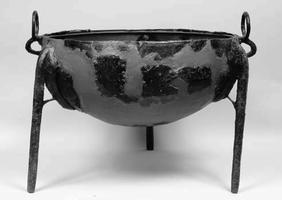 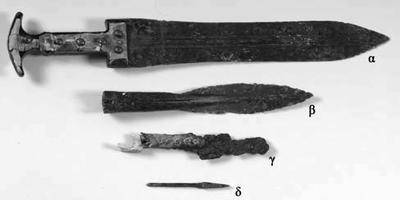 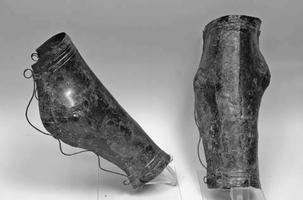