Ancient Olous, Elounda. The Ephorate of Underwater Antiquities and FORTH report on the fourth year of underwater investigations at the site of ancient Elounda.

The most recent work was in the area of Poros, cleaning sand and vegetation to reveal long structures – possibly the walls of the ancient city or a jetty. It will be necessary to carry out test excavations in this area, because only the upper surface of the masonry is currently visible. These and other structures were documented with photogrammetry, and added to a GIS database.

To the N and S of Poros, the Institute of Mediterranean Studies continued geophysical survey of the area, identifying features up to 1.5m below the surface.

Work also continued in the bay of Krios, E of the Koloytha peninsula. Pottery was found, suggesting that the area was used as an ancient anchorage. The part of the cape opposite Spinalonga and on the W side of Kolokytha was also investigated. A submerged building complex was documented, while on the beach a breakwater, Minoan sherds, and purple murex shells were found.

In the opposite site of the bay in the area of Tsifliki, sunken structures were documented in aerial photography. It is thought by locals that these are roads, as they look similar in their masonry to traditional paths built at Koloytha. 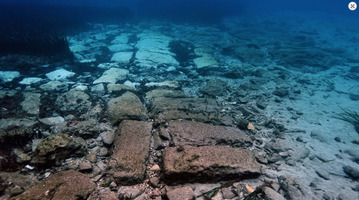 Fig. 1/ View of the submerged structure, possibly a wall or jetty, S of Poros 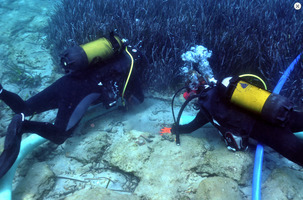 Fig. 2/ Cleaning of the surface of the submerged structure at Poros 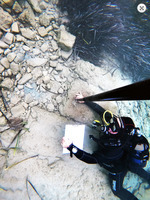 Fig. 3/ Taking measures on the submerged structure at Poros 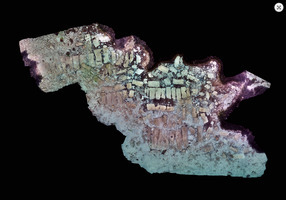 Fig. 4/ View of the area where surface cleaning was carried out near the submerged structure at Poros 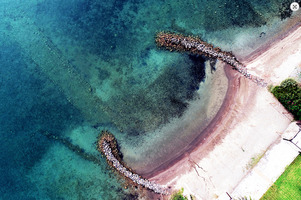 Fig. 5/ Aerial view of submerged structure, possibly an ancient road that ended at the beach at Tsikliki 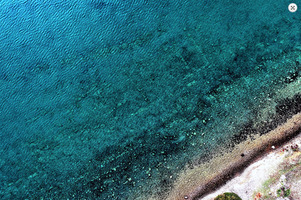 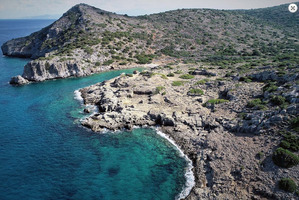