K. Gkalanaki (ΚΓ’ ΕΠΚΑ) reports that from 02/05/07 to 31/08/07 excavation works took place at the property of N. Zacharopoulos (1.300 square metres in total). This plot was created after the junction of two other plots, and was conventionally named as Sector 1 and 2. During the trial trenching of 1997 that took place at the W part (Sector 1), scattered architectural remains have been discovered (Fig. 1). The excavation proved the density of architectural remains in the centre of “Polis”, the continuous use of the area for a long time and produced evidence regarding the organisation of the economy and the urban life in a Roman town with strong political and social foundations. The plot is connected towards the W (60 m.) with Tzagkarakis property, which comprises one of the six parts of the public bathing complexes that have been detected in the centre of the “Polis” of Hersonissos, and was mainly used during the Imperial Roman period.

On both Sectors, 115 walls, mostly made off crude stones, defining 21 rooms of different chronological phases and spaces for various purposes were discovered in total (Fig. 2). The presence of “doorsteps” or stones with tenons verified the communication between the rooms. Each of the Sectors has two arched spaces bearing a multitude of similarities, not only in terms of structure and orientation, a fact that denotes they are chronologically related (Fig. 3,4).Apart from the arched spaces, two paved, two cobbled floors, two mortar and three earthen floors came to light as well (Fig. 5). In Sector 1, a small workshop area included a rectangular ceramic kiln, with an E-W orientation (Fig. 6).

The excavation revealed a multitude of architectural remains belonging to more than one building phases. The main remains such as the arched spaces, some of the rooms, the paved floor of Sector 2 and potentially the kiln and a rubbish pit, which also contained plenty of disturbed Hellenistic pottery depicting funerary themes, date to the Late Roman period. The trial trenches that were opened in the rooms around the arched buildings confirmed the existence of earlier walls, while the partially excavated rooms at the S part of the property belong to the last building phase of the plot. The retrieved pottery, the tools, as well as the generally everyday life objects of Sector 2 suggest the domestic and storage use of the space. The founding of later structures in the arched space of Sector 1 indicates that some kind of household activity took place during its last phase of use.

The architectural remains of the main building phase can be interpreted as part of big Roman town houses, with an organised room complex and spaces bearing similar characteristics to the ones found in Roman villas and following the trends of urban architecture.

Large quantities of pottery shards were also discovered and collected, mainly from Sector 1, with medium-sized utilitarian vessels, such as amphora being the most common type. Even though discovered in smaller quantities, fine and painted pottery was also found and in most cases coexisted with the other pottery types. The first layer of Sector 1 contained disturbed pottery groups, mainly of the Early and Late Roman period, while Hellenistic sherds were also present. The Late Roman period is represented by amphora (e.g. «Peacock 43» category), by spherical cooking pots, and a few shards of the African red slip type. Early Roman amphora and terra sigillata (sigillata italiana) shards were more frequently found in comparison to saucers and cups with plant motifs and plastic decoration. Some characteristic examples of Hellenistic pottery is shards from kylikes, kantharoi of the “simple” type, unguentaria, closed vessels, cups and skyphoid vessels, Hadra type hydria,  as well as shards of Megaran skyphoi. Fourteen categories of a variety of objects, such as glass, figurines, and coins, were also collected. Burnt olives, animal bones, fragments of painted plaster, mudbricks as well as broken bricks and tiles were also collected. 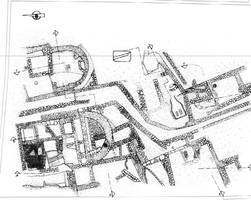 Fig. 1/ Plan and trenches of the excavation 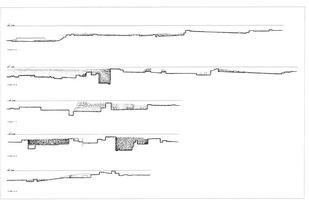 Fig. 2/ General view of the property from NW-SE 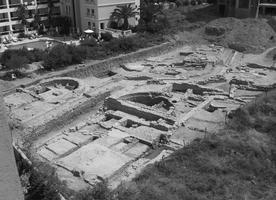 Fig. 3/ Arched space of Sector 1, with the later structures. View from N-S 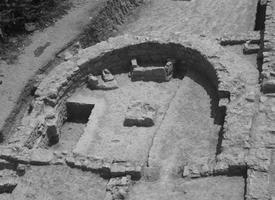 Fig. 5/ Paved floor and rooms S of the arched space of Sector 2. View from N-S 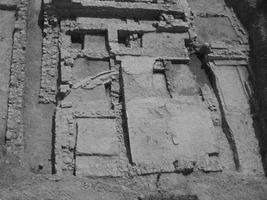