Toponym
Kokkinorrachè
Linked Record
20142014 (1)2014 (2)
Report
Keramidaki, Corinth - Tripoli - Kalamata Highway, Lektro - Sparta section. Evangelia Pantou, Evangelia P. Eleutheriou and Maria Florou (5η EBA) report on discoveries made during the construction of the new motorway.
A cemetery chapel was found, and around it 42 graves. the church was three-aisled with three semi-circular arches, maximum internal dimensions 6.05 (EW) x 8.94 m (NS). The surviving height of the church ranges between 0.07–0.61m. The church had two construction phases, as it had originally been built as a single-aisled church with a wooden roof. It had a few burials both inside and outside the church at this time, to the N and S. 18 graves were found inside the church, while thirteen and one free burial were found outside.
Immediately to the W of the church, a small building was found of irregular rectangular plan, oriented NW. One burial was found in here. This building postdates the church. 3.10m.
Of the cemetery excavated at the site, 37 pit graves were found, four cists, one tiled-roof grave, and three free burials. All graves were oriented EW, except for one. Most had their cover slabs preserved (usually limestone slabs). All of the graves’ floors were bedrock. Skeletal remains were found in supine position, head to W, sometimes with arms folded. Six graves contained infant burials. Two graves had two consecutive burials, while one had two modern burials. Only four graves contained grave goods (jewellery and buckles). Graves all date to the Middle Byzantine period.
Other finds that were unearthed during the excavation include unpainted and glazed ceramics of the Middle Byzantine period (mainly from open vessels). Some Roman pottery was also found. Most finds dated between the eleventh and thirteenth centuries AD, including 25 gold coins from the reins of Isaac II Angelos (1185–95) and Alexis III Angelos (1195–1203). 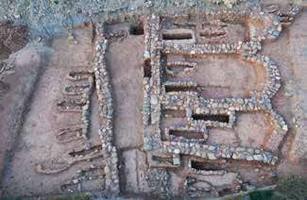 Fig. 1/ General view of the church, view from S