Toponym
Voutianoi
Linked Record
20142014 (1)2014 (2)2014 (3)2014 (4)2014 (5)2014 (6)
Report
Voutianon, Corinth - Tripoli - Kalamata Highway, Lektro - Sparta section. Evangelia Pantou, Evangelia P. Eleutheriou and Maria Florou (5η EBA) report on discoveries made during the construction of the new motorway.
Wall sections were found in the SE and SW part of the site dating to the late Classical / early Hellenistic period. In addition, to the SE were walls of the sixth century AD, relating to each other as the corner of a building. to the SW, a rectangular building was discovered (7–10 x 2m), dating to the fifth century AD.
To the W part of the site, a building of the early Byzantine period was discovered, made of worked limestones. Small finds from this area included coarse pottery, painted and unpainted sherds, tiles, figurines and votives.
In the SE area, a kiln was also found, dating no earlier than the second century AD. It was probably used until the fourth century AD, based on ceramics.
To the NW, more remains from the fifth and sixth centuries were discovered. Room 1 was identified, with two storage pits. On the far E side, a wall section made of small worked stones was found. Adjacent in Room 9 (to the S), a hydraulic structure of the early Byzantine period was found, dated by a foundation stone found to the NW of the room. In the NE part of the site, Rooms 4–8 were discovered, all oriented E/NE, with a total area 25.5 x 11m. To the S end of Room 8 was a marble threshold, with engraved cross oriented E.
A construction phase of the mid sixth century AD altered rooms constructed in earlier periods, but Room 11 was brand new. In particular in this phase, Room 1 was subdivided to form Room 2, and in the NE of the complex, Room 8 was subdivided to form Room 10. From this period too, there were various clay floors found and a lime kiln revealed in Room 10. A network of pipes was also laid in this phase. 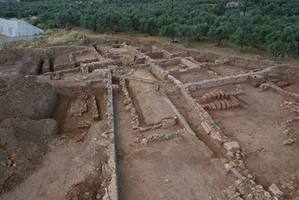 Fig. 2/ General view of the excavation from SE 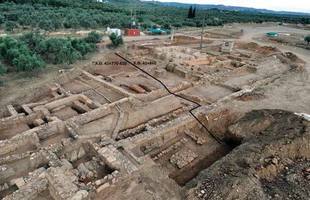 Fig. 4/ General view of the excavation from W/NW 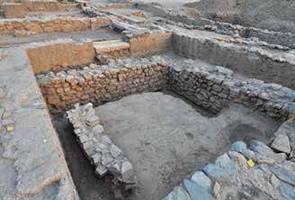 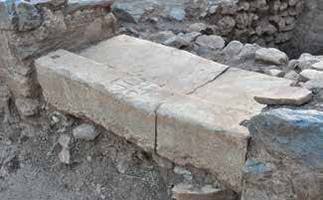