Excavations were carried out in eleven buildings being renovated (Fig. 2,3), and also inside the castle. In most cases, excavation helped to more clearly define the foundation of buildings, and reveal more of their floors (including plaster layers). Many buildings were found to have storage spaces on or below the ground floor, and living spaces the upper level. Evidence was found of textile work and a fabric dying workshop (building 19), as well as a metalworking workshop (building 38, Fig. 3). In the lower levels, buildings had incorporated into them their design the natural rock, sometimes with minimal interventions. Holes were found in the lowest part of the masonry for the drainage of water, and artificial ditches were also found.

A large number of finds came to light, including pottery, coins (Fig. 4,5), metal objects (Fig. 6), stone and glass objects, slag, bones, and sherds. Architectural spoila were also found. Most of the objects dated between the thirteenth and fifteenth centuries AD. A few finds dated to the prehistoric periods, indicating a previous period of occupation at this site.

At the NW part of the settlement, a previously unknown church was discovered (Fig. 7). It is composed of a single room with a domed roof and sanctuary facing S. It has internal dimensions 6.70 x 2.25m. 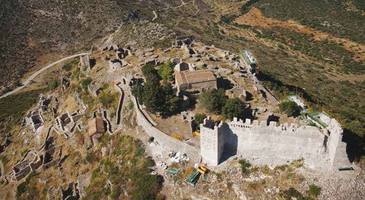 Fig. 1/ View of the kastro and settlement from S/SW

Fig. 2/ Building 38. Interior view of the building before works 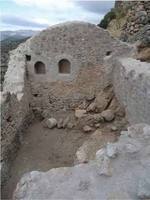 Fig. 3/ Building 38. Interior view of the building after works 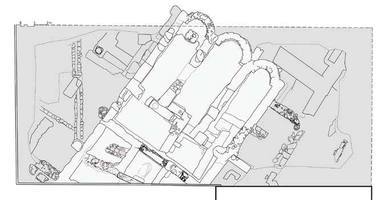 Fig. 6/ Iron buckle (first half of the fifteenth century AD) 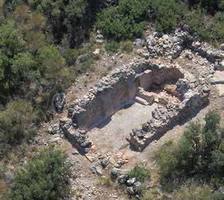